Listen to this study
ASL INTERPRETATION
Get Email Notifications 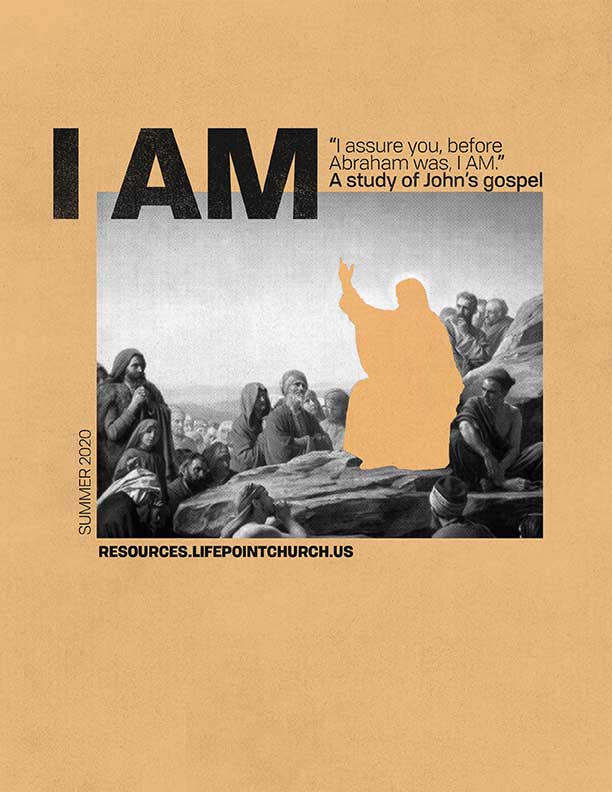 Last week we examined John 8 in which Jesus proclaimed that He was the light of the world.

John 8:12
“I am the light of the world. Whoever follows me will not walk in darkness, but will have the light of life.”

Jesus made this proclamation after a woman caught in adultery had her sin made public and brought into the light. Rather than condemn her, Jesus instead brought everyone’s guilt into the light saying,

John 8:7
“Let him who is without sin among you be the first to throw a stone at her.”

This led to a debate with the Jewish religious leaders about Jesus’ authority and identity which culminated with Jesus’ astonishing statement,

Jesus was claiming the Divine Name and identifying Himself as YAHWEH. The response of the Pharisees in picking up stones to kill Him for blasphemy shows us exactly how radical this statement was.

John 9:3
“It was not that this man sinned, or his parents, but that the works of God might be displayed in him.”

Despite Jesus’ miracle, the religious leaders were unable to see Jesus for who He is and remained spiritually blind.

In chapter 10 Jesus will continue to show the spiritual blindness of the Pharisees using a different analogy – that of the shepherd and the sheep. Saying both,

This week we’ll be looking at the passage that contains these two I AM Statements to explore what they meant to Jesus’ audience and how that meaning applies to our lives today.

What does the text say?

This stage of learning involves reading repetitively to gain familiarity with the text and looking for detail. We look for any words or phrases that are repeated. We may need to use a dictionary to look up definitions of words we may not fully understand. We look for key transition words (if/then, therefore, but) and see how they connect the text. We write out any questions that arise because it is okay to have questions as you study.

What does the text mean?

This stage of learning involves inferring things from the text beyond what it says. While it is easy to read a blog or listen to a sermon and get the answer, we want to use our own minds in this process. We do our best to answer, allowing Scripture to interpret Scripture. We look up cross-references to better answer the question, “what does this mean?”

How should this change me?

While we are now looking at how to apply the text to ourselves, this stage of learning is drawn from a God-centered perspective. We ask questions like- What does this teach me about God? Is there an example to follow? Is there a sin to avoid? Is there a promise to claim? While it is more natural for us to look at others and how the text would apply to them, we must apply the text to ourselves first and foremost. It is only after our own personal application that we are equipped to share how it works in the lives of others.

← Light of the World The Resurrection and the Life →

Study Guide Download Week 8 Throughout our study, we have looked at seven of Jesus’ “I AM” Statements in the Gospel of John: I AM the Bread of Life – John 6 I AM the Light of the World – John 8/9 I AM the Good Shepherd – John 10 I AM the Resurrection and the Life –...

Study Guide Download Week 7 Last week we began looking at Jesus’ final words to His disciples in the Upper Room Discourse. In this section of John, Jesus gives His very last words to the disciples before going to the cross. He is preparing them for His death, but also...

The Way, The Truth, and The Life

The Resurrection and the Life

Study Guide Download Week 5 Last week we discovered in John 10 Jesus’ claim that He is the Good Shepherd. John 10:14-15 “14 I am the good shepherd. I know my own and my own know me, 15 just as the Father knows me and I know the Father, and I lay down my life for the...

Light of the World

The Bread of Life

Study Guide Download Week 2 Last week we were introduced to John’s Gospel and looked at an overview of Jesus’ “I AM” statements and their purpose. This week we’ll be looking at one particular “I AM” statement - Jesus’ claim that, “I AM the Bread of Life,” in John 6....

I AM Study Introduction

Study Guide Download Week 1 The “I AM” Statements in John are directly connected to his central purpose of establishing Jesus as the God who has come in the flesh to give us life. This gospel was written to establish Jesus’ credentials for the incredibly audacious...

How this study will work

Study Guide Download HOW TO GET THE MOST OUT OF THIS STUDY Small Group Time Your small group is a place to share what you have been learning and to build community. Small groups are most effective when members follow some simple guidelines: Confidentiality – help...