Trust God no matter what.

Next, we discover Isaac venturing out on his own. In Genesis 26, we find out that Isaac moved to a region where he reclaimed the wells that had belonged to his father, Abraham. For years no one had cared about the wells until someone reopened them, then everyone started fighting over them. Instead of fighting, Isaac showed he trusted God and decided to give away the wells to make peace. Isaac walked away from what was rightfully his. God continued to show faithfulness to Isaac. Eventually, the people saw that God had Isaac’s back. They backed away and left Isaac in peace. 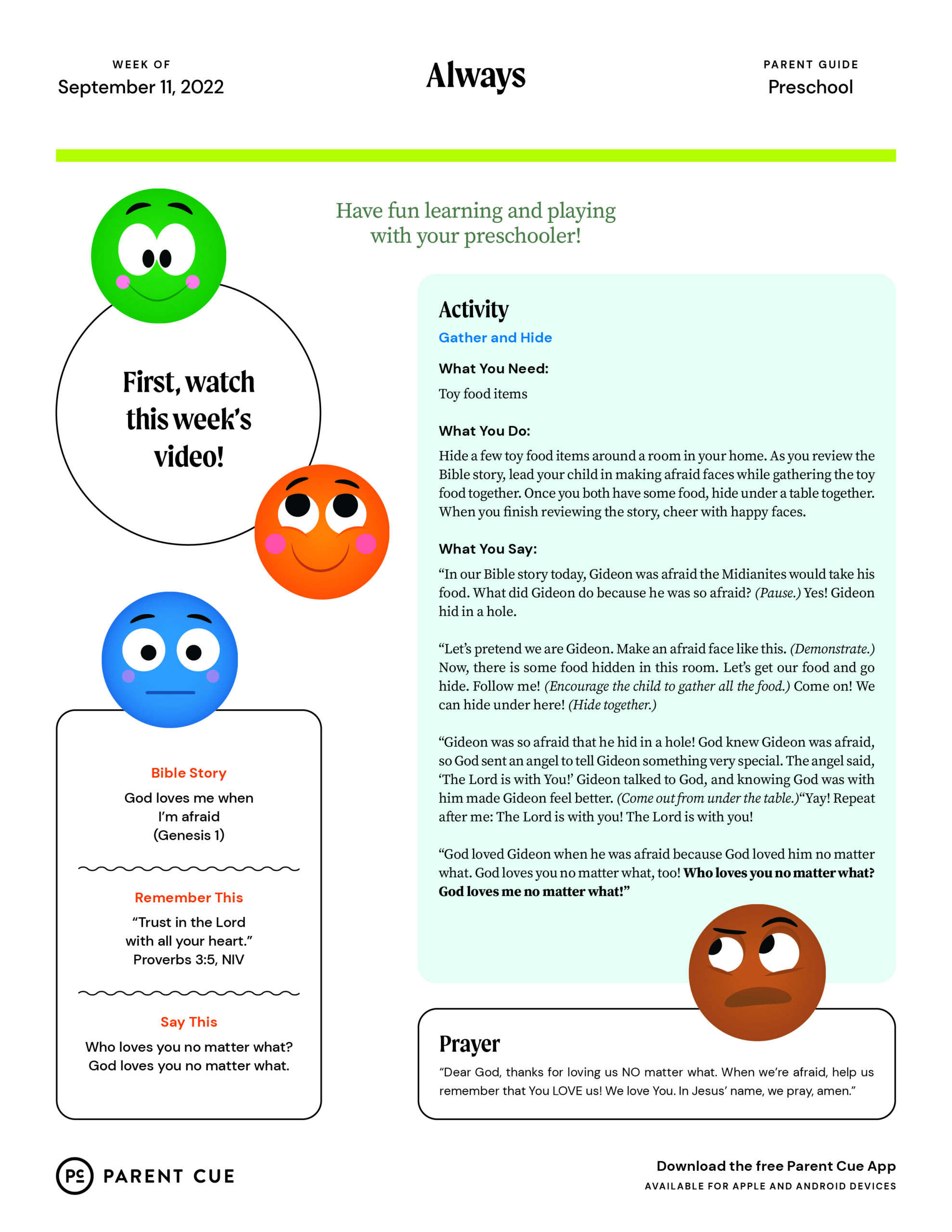 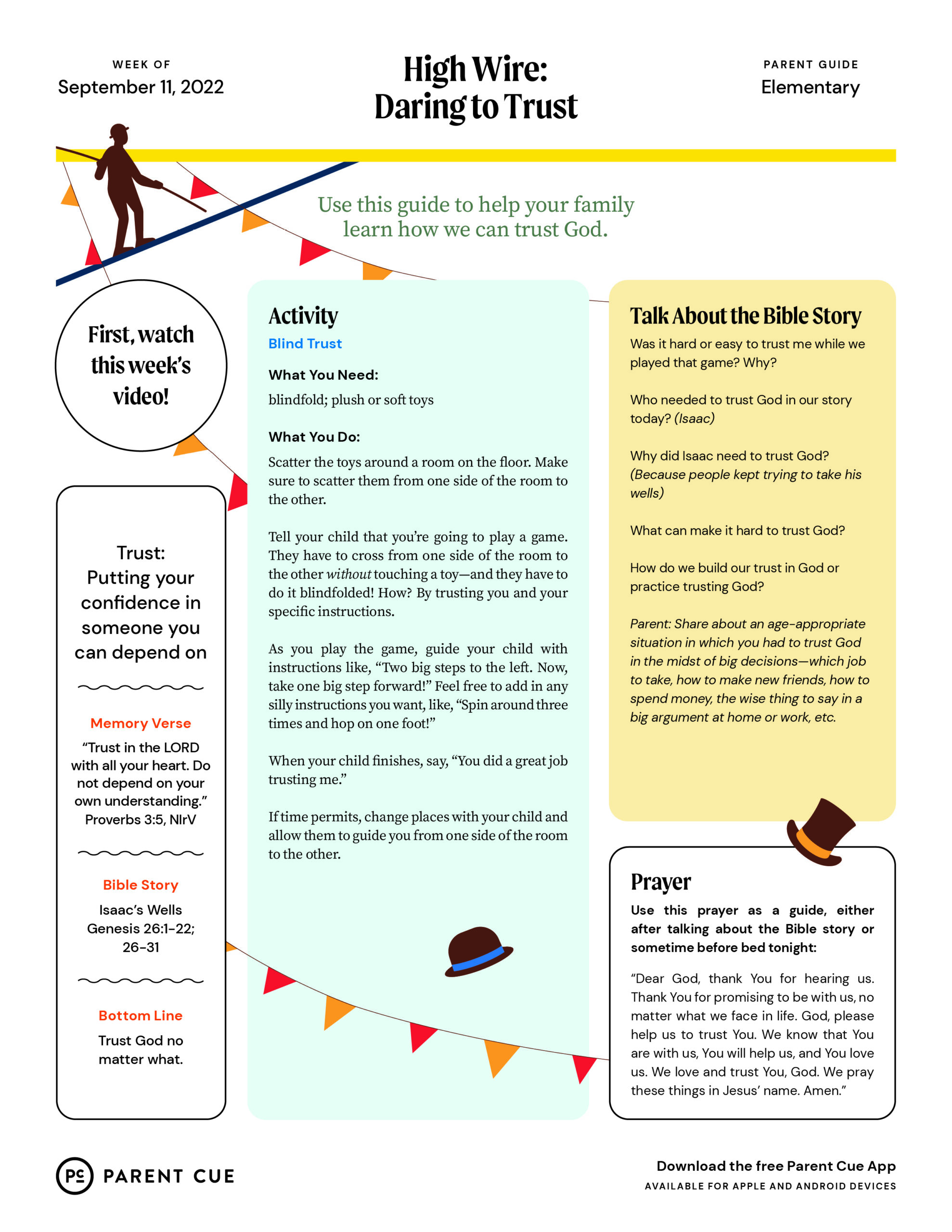 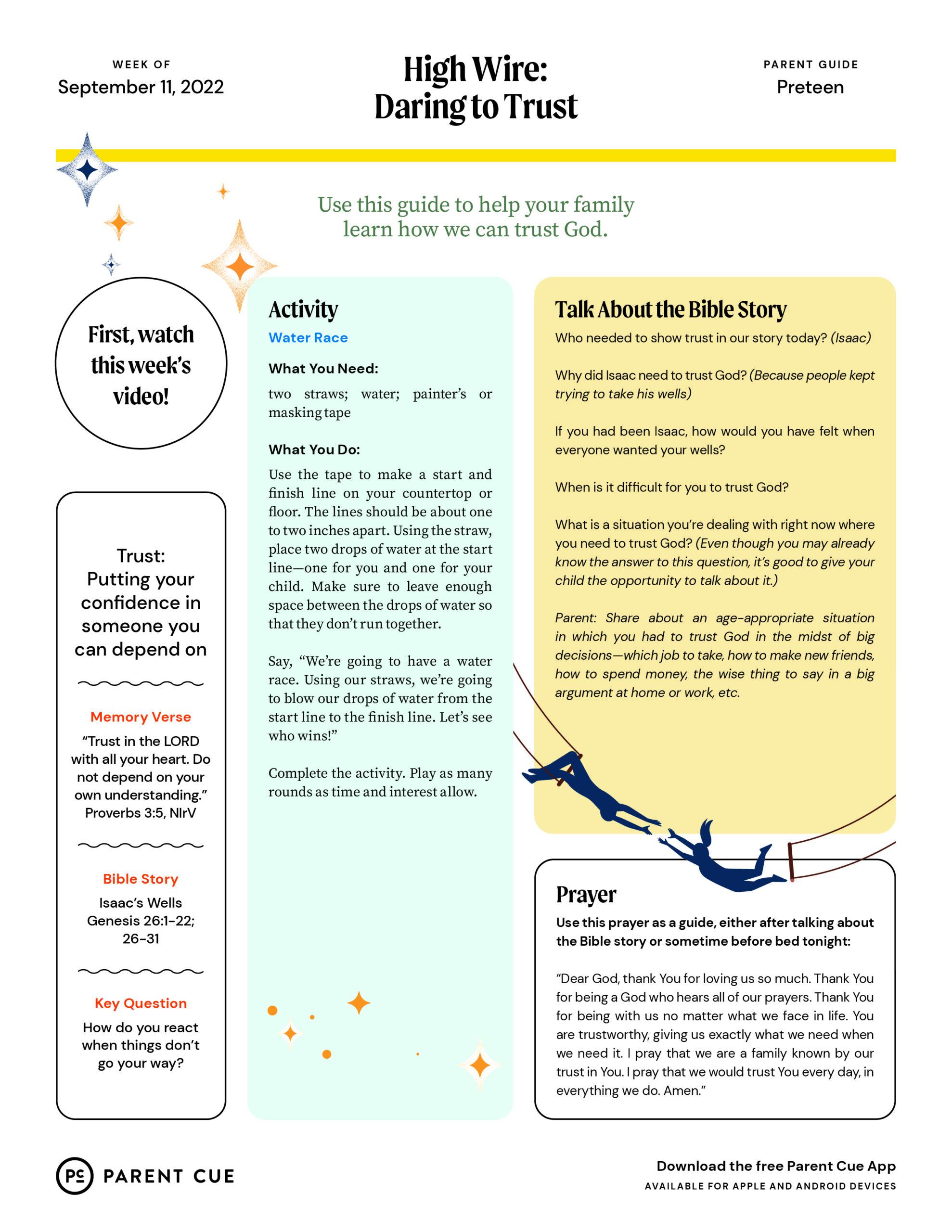 If you don’t understand something, ask. We finish up the month in Matthew 11:1-6 where we read that John the Baptist was in prison. John seemed to wonder if Jesus was truly the Savior that God had promised. John sent two of his disciples to ask Jesus his questions....

Remembering what’s true can helpyou make the wise choice. After Jesus’ baptism, we head to Luke 4:1-13 and find that Jesus had gone out to the desert. In this story, Jesus was being tested. The devil showed up and twisted what Jesus knew about God and Scripture. But...

When you discover something new, it can change you. In week 3, we find Jesus at the Jordan River (John 1:19- 42 and John 3:22-36). Jesus’ cousin, John the Baptist, was out by the Jordan River baptizing people and preparing the way for the Promised Savior.WhenJesus...

Knowing God is the most important thing. In Luke 2:41-52, we discover a moment from Jesus’ childhood when He stayed behind in Jerusalem after the Passover feast. Jesus was fully God, but He was also fully human. And as a human, Jesus recognized something very...

Never stop searching for what’s true. We kick off January with the end of the Christmas story. In Matthew 2:1-12, we meet wise men from the east whose lives were dedicated to discovering more about the universe. One night they noticed a bright star that led them on an...